Amanie Events features an international gathering of financial industry practitioners, regulators, Shariah scholars, experts, and business communities around the globe to discuss and share their knowledge, expertise and experience on the principles, instruments and issues related to Islamic finance. Amanie Events enable individuals, investors and corporations to learn and understand more about Islamic finance transactions, wealth creation and distribution. It is an excellent platform for networking and exchange of experience, ideas and outlooks about the industry and services. In view of the growing global interest in Islamic finance, Amanie Events are expected to draw interest from international and local participants. Amanie Events’ objective is to strengthen Islamic Finance industry locally and globally via knowledge and experience sharing. Read More 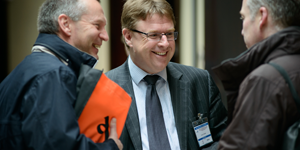 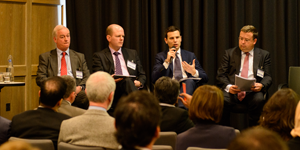 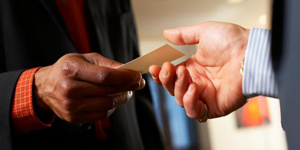 Share ideas, make new connections and secure new business all under one roof

The Shari’ah Board of AAOIFI held its meeting No. 46 from 17 to 19 November 2016 in the Kingdom of Bahrain. Over more than 25 meeting hours, the board discussed specific issues and reviewed a number of technical and Shari'ah reports. The meeting was concluded with issuance of a number of resolutions as well as the adoption of two new Shari'ah standards, raising the total number of AAOIFI Shari'ah standards to 57. These new standards are as follows:

First: Shari’ah Standard No. 56 on Liability of Investment Manager

The standard is addresses a number of important issues on the types of modern applications in various markets across the world. The featured addition to this standard is the detailed explanation on the Shari'ah rulings for liability on the part of the service agent in Sukuk or in syndicated financing contracts and other products.

The Shari’ah Board had taken a decision to develop this standard more than 20 months ago based on an initial study including a detailed research conducted on the topic of the standard. Thereafter, a subcommittee reviewed the draft standard and validated its Shari'ah rulings in three extended meetings, and submitted the amended version of the draft standard to the Shari'ah Board. In turn, the board reviewed the draft in three meetings, and made the changes it deemed necessary. The draft was then presented to three public hearings in Jordan, Morocco and Saudi Arabia, which were attended by a number of scholars, experts, bankers, academicians, lawyers, judges, accountants, and experts from the Islamic finance industry and central banks and supervisory authorities. The Shari'ah Board incorporated the feedback and suggestions received from the public hearing. The standard was then submitted to the drafting committee prior to the official issuance of the final standard. Moving forward, this standard and its corresponding, detailed Shari’ah study will be shortly made available exclusively to subscribers to the digital version of AAOIFI's standards on AAOIFI's website and via mobile applications (for tablets and smartphones).

Second: Shari’ah Standard No. (57) on Gold and it Trading Controls.

AAOIFI has finally approved this standard after nearly a year of extensive and vigorous efforts, spending more than 100 hours in meetings and discussion sessions with and amongst prominent experts and scholars, in addition to the extensive working hours for the background research, preparations, logistics and technical support in the course of drafting and preparing the standard. This was carried out in collaboration with and support by the World Gold Council and Amanie Advisors, which also provided technical and expert guidance.

These efforts have culminated in the final version of the standard after seven indepth meetings (some of which lasted for nine straight hours) by the respective subcommittee which was formed for the purpose of developing this standard. The standard also underwent three public hearings held in Oman, Sudan and Malaysia, and attended by a number of scholars and experts from the central banks, Islamic financial institutions, as well as accountants, auditors, lawyers, academics and other prominent experts and practitioners from the gold industry.

Furthermore, the draft standard took up three Shari’ah Board meetings, in presence and participation of 20 prominent scholars from 15 countries and all major schools of Islamic law (Fiqh), over at least 6 meeting days (with an average of 7 hours per day) in order to finalize and adopt the standard in its final version. The standard was then submitted to the AAOIFI drafting committee for final formulation before it is published and made available to the industry, investors and other interested parties from across the globe.

The standard will be officially launched at a press conference whose date will be announced shortly. It will also be published together with other standards in the new edition of AAOIFI's standards. Moreover, the standard will be separately published in digital format and will be made available on a complimentary basis on the websites of AAOIFI and the World Gold Council after official launch. 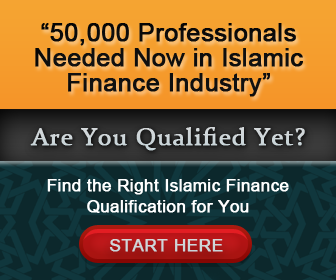